Tip: If you want a fresh installation of Win 10 instead of updating, you can download Windows 11 ISO latest version here.

To check you Windows 11 version installed currently on your system, follow these 2 steps:

Windows 11 version information will be displayed in About Windows. 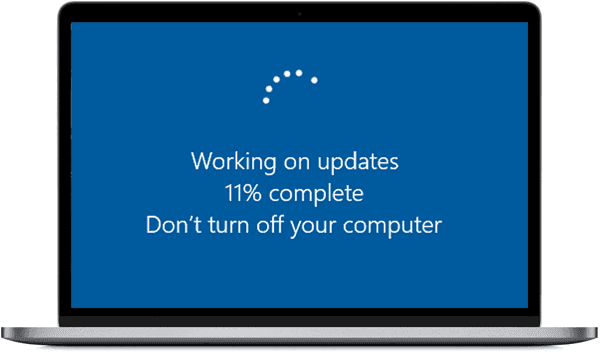 If you have Windows automatic updates enabled, chances are you already have this update automatically installed. But if you prefer offline update installation, you have to download Windows 11 update pack manually and install it. It is faster than automatic update.

Summary of changes and issues since the release of Windows 11 KB5017389 (22H2).
Released to the public at large at this time, KB5017389 is the first Windows 11 optional preview update that includes a number of fixes and enhancements in advance of 22H2. Microsoft has made the offline setup package for Windows 11 KB5017389 available for download from the Update Catalog in addition to distributing it via Windows Update (WU).

As the first available supplementary update for Windows 11 22H2 Update, KB5017389 addresses a wide range of issues. This upgrade is only compatible with Windows 11 version 22H2, not earlier versions of Windows 11.

In order for your changes to take effect, you will need to perform a system restart. Once this major preview update has been installed, a system reboot will be necessary. The installation process could take longer than five minutes, however just a single restart is required to take effect afterward.

This update package will be made available to the public for the first time during the October 2022 cycle of Patch Tuesdays.

If you click the above link, you’ll be taken to the Microsoft Update Catalog, from where you may download the most recent version of Windows Update as well as any version that came before it. Installing the.msu files is as simple as clicking the “Download” button next to the version of Windows that is currently installed on your computer and then running the downloaded files.

More dynamic Widget content can now be displayed on the taskbar thanks to the new “notification badging” feature introduced in Windows 11 Version 22621.608. With the notification badging, users will never lose track of whether or not they have unread alerts in their widgets.

Updates and fixes are as follows:

Microsoft has fixed the issue that caused a second print queue to arise. The printer will stop functioning if this happens since the primary print queue will stop processing jobs.

Users may no longer circumvent Windows Defender’s MSHTML and ActiveX regulations thanks to the introduction of Application Control.

The problem with the Miracast interface has been fixed.

The problem where LogonUI.exe would freeze up has been fixed, allowing users to bypass the lock screen and proceed to the credentials screen.

Fixed an issue when calls made using both SIM cards would not go through. Example: if a call is made from the smartphone without first selecting a SIM card, the Dual SIM capability will not work.

The FindNextFileNameW() function now no longer causes a memory leak.

As of this writing, the issue that had been hindering robocopy has been resolved.

No more “Blue Screen of Death” errors when using OneDrive.

There was a problem with Roaming User Profiles, but it has been resolved. In such a case, the restored settings may not reflect your most recent preferences.

Memory leaks caused by mounting a network drive have been fixed.

To Microsoft’s knowledge, has the first available optional update for Windows 11 22H2 fixed all identified issues? According to the company, it has not received any reports of critical OS problems recently.

Microsoft claims in the latest edition of the release notes that the company is unaware of any issues due to the upgrade.

There have been cases of failed installations, which is regrettable. According to one user report, Windows Update offers KB5017389 “along with the 2022-09 cumulative version for.NET,” but attempting to install either update results in an error.

After installing.601, I checked Windows Update for.607, but it was never made available to me. I utilized DISM to verify the reliability of the repository. In this case, we see zero indications of misconduct. I also ran sfc /scannow, which turned up no signs of corruption. On the Feedback Hub, one of the troubled customers wrote, “I tried the advised reset script again.”

If things aren’t going as planned during installation, consider using the.msu offline installer you downloaded from the Microsoft Update Catalog.