Adobe Photoshop is a most famous graphic editor that lets you edit photos and images in a professional way. It was initially released in 1990 by Adobe Systems. Photography has been a profession for years and profession demands perfection to become successful in the market.

Adobe Photoshop is the most famous graphic editor that lets you edit photos and images in a professional way. It was initially released in 1990 by Adobe Systems. Photography has been a profession for years and the profession demands perfection to become successful in the market. Adobe Photoshop is the leader in this race. There are a few close competitors but those are not so unique and user-friendly at the same time.

TIP:  is a close alternative to Photoshop.

Adobe Photoshop is the best choice both for amateurs and professionals. It lets you enhance productivity and bring your potential out to the world. 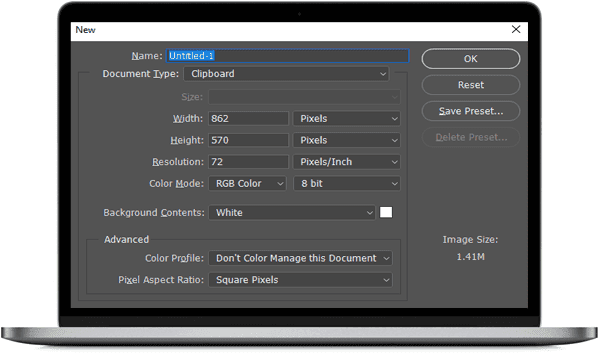 Integration with other Creative Cloud apps

Improved integration with Adobe XD, a new prototyping tool for UX designers, is one of the new features in Photoshop CC 2017 that will be useful to the app and web designers. If you’re doing art in both programs, you can simply swap out elements by copying and pasting them, and you’ll have more control over your layers. Photoshop now supports the SVG (Scalable Vector Graphics) typeface format used on the web and in mobile apps.

Another exciting update for the brush tool! Brush strokes could be smoother with the latest Brush stroke smoothing algorithm.

The latest font enhancement feature lets you control your typography like never before. Now you can change the font height, weight, spacing, and other characteristics.

In Adobe CC 2017 Photoshop, you can share your work instantly with friends, clients, and colleagues. The system makes sure to keep your work safe from stealing by adopting image flatten technology which merges layers to form an ordinary image and optimizes image quality as well.

Pen tool in Photoshop is really useful for multiple tasks. It could do miracles to boost your graphic and photo retouching skills. Though the Pen tool already works great, now another Pen tool is added in Photoshop CC 2017, named Curvature Pen Tool. It is more sensible and intelligent.

Here is a nice explanation of What new features are in Photoshop CC 2017:

Group Layers and take them anywhere

Layer grouping is not a new feature in Adobe CC 2017 but this feature has got some enhancements like copying multiple layers to a clipboard and pasting to another photo document in Photoshop.

Besides major changes, here are some remarkable changes:

For a full view, you can visit the official changes log page.

The user interface is well-designed. Everything seems to be perfect in its place. The placement order is also user-friendly and makes it easy to reach menus and palettes.

Printing becomes more joyful with Photoshop. Enhance print-outs with a number of printing options that will give outputs a professional touch.

A lot of image formats are supported including PSD, BMP, JPG, JPEG, PDF, PIC, PNG, PXR, TGA, TIFF, etc. a wide range of images are supported to import and export with reasonable customization and compression options.

Photo editing software is usually reported crashes. Adobe Photoshop is highly stable and very few crashes are reported as compared to other applications. You can work for hours without fear of crashes and data loss.

Adobe Photoshop Is the best choice for pro-class photo editing. If you master it, you will discover that you can edit almost everything by just making use of your creative skills. It looks simple at the start but once you start exploring it, you will be amazed again and again by every trick that is caused by creativity skills. It is a professional photo editing software and is not free. But you can try its trial version free for some period (almost 30 days currently).